Happy Martin Luther King Day is also known as Civil Rights Day. Every year he is given an amazing honor nationally to admire and appreciate his faith, character, fortitude, intelligence, and service to affect social change. Dr. Martin King said, “Function of education is to teach one to think critically and intensively”. The main reason for celebrating his birthday as a federal holiday is to appreciate his efforts and to aware our the next generation about legacy and teach them how to find out ways to reach their goals through King’s practical examples.

What is Martin Luther King Day? 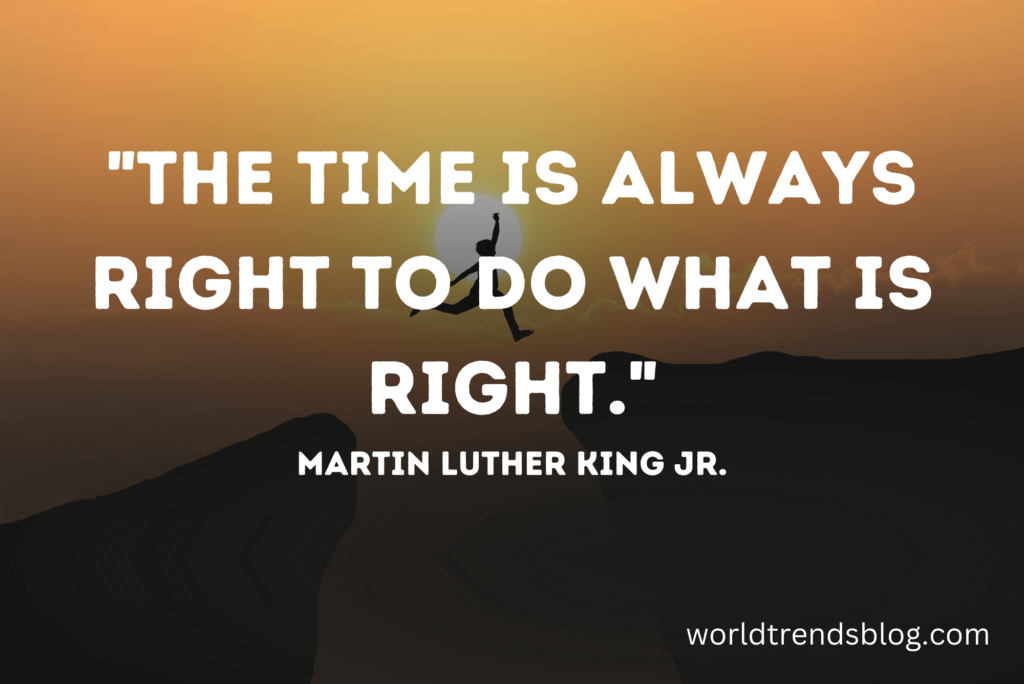 Jan 16 2023 holiday is considered the annual federal holiday in the United States of America and the saddest day of the year. Because the American community celebrates the birthday of Martian Luther King Jr. (January 15) with great zeal. People celebrated his life and all his achievements in life as an influential American civil rights leader. It’s really impressive and admirable how he achieved all the desired goals of his life and people also appreciate this. 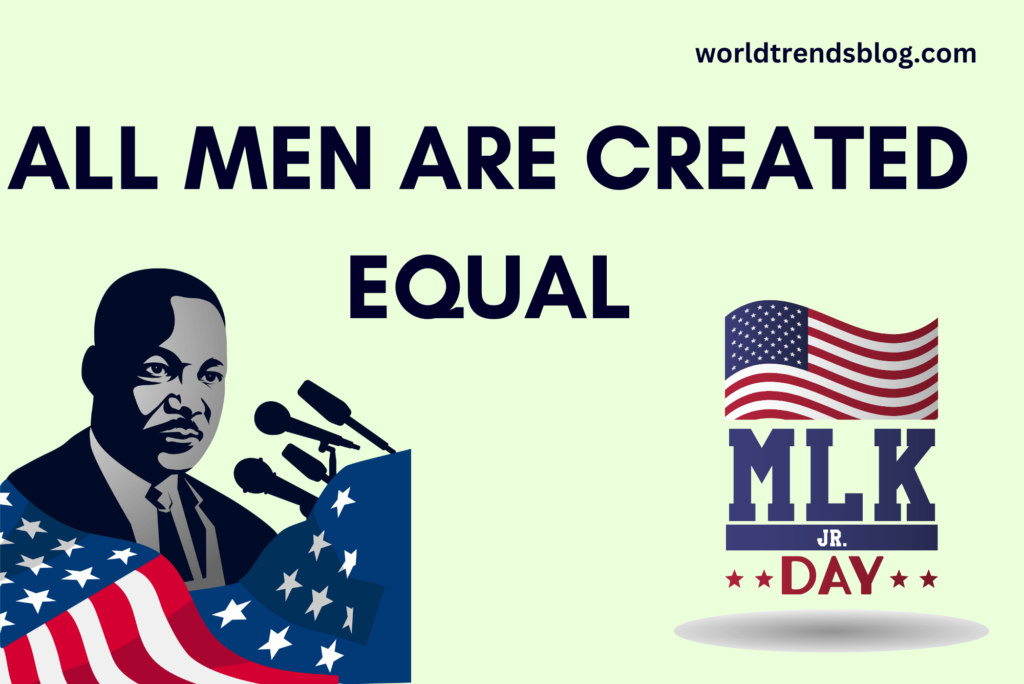 Here are some important and historical facts that are related to Martin Luther King Day and the struggles that were made for the approval of this bill of King’s holiday in the United States of America. Just keep reading and know interesting facts about the Holiday you are going to celebrate as 2023 MLK Day.

Just after Martian Luther King’s assassination in 1968, the idea came into being that it must be celebrated as a federal holiday. That was approved and implemented after martian’s death, by United Stated Republican Senator, Edward Brook, and United State Democrat Representative, John Conyers introduced a bill in Congress to consider Martian Luther King’s Birthday as a national holiday.

In 1979, in the United States House of Representatives, the bill appeared for voting and it fell five votes short of the number needed.

The opponents raised two main arguments for the approval of this bill.

One decade after the failure of the bill which was introduced by Representative John Conyers in 1979. Stevie Wonder in September 1979, released a song called “Happy Birthday”. That song was specially made for the case of that holiday and for calling out all of those who didn’t support the idea. The results were amazingly memorable that after the release of that song, there were more than Six Million signatures supporting the idea and for the petition to Congress to pass the law. But President Ronald Reagan came into office in 1981 and he originally opposed the king’s birthday as a national holiday.

Moreover, the opposition was also shown by the Senators of North Carolina Republicans, John Porter East, and Jesse  Helms opposed the idea and bill of the king’s holiday. They also raised the question that whether King Luther Martin was enough important to receive such an honor. In addition, they also criticized King’s opposition to the Vietnam War.

In 1983, on the 2nd of November, Reagan signed a bill that was presented by Representative Katie Hall of Indiana. Which was purposed to create a federal holiday honoring Martin Luther King. The bill was observed for the very first time in 1986, on 20th January. Initially, some states resisted observing the holiday only in the year 2000 was it officially observed in all 50 states for the first time. Hence the very first holiday was celebrated in 1986, on the 20th of January. Which is almost 18 years after the idea and introduction of the original bill in the year 1968. 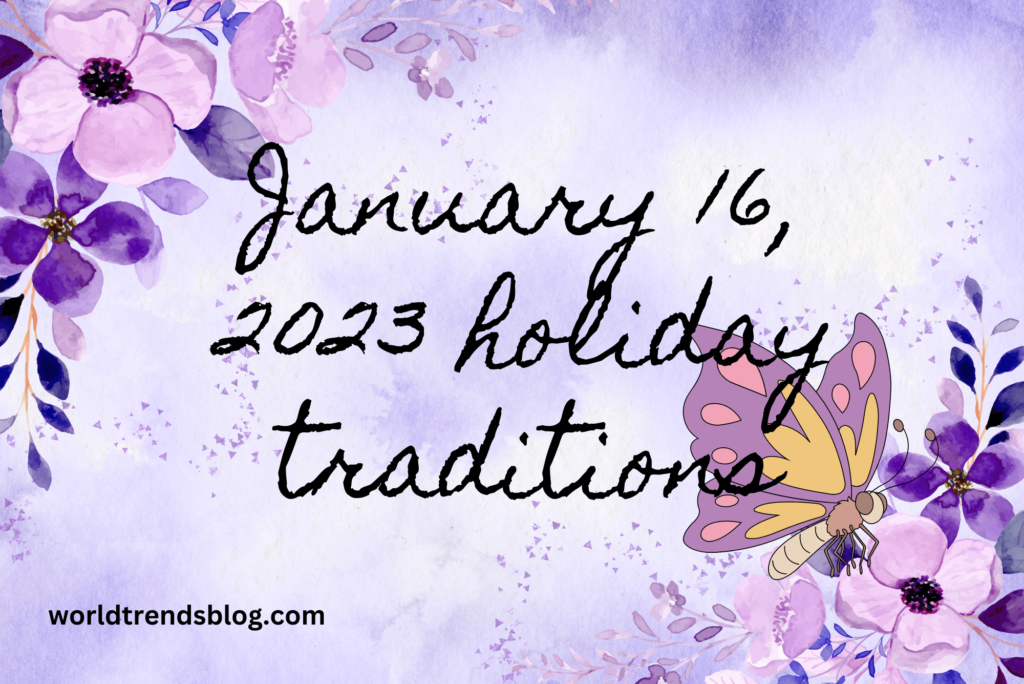 jan 16 holiday 2023 is almost a new federal holiday in the United States of America but it still has long-standing traditions. The traditions that are associated with the MLK day 2023 are to promote equal rights for all the citizens of America, regardless of their background and anything else. Even in schools, it is taught to the pupils and children about the struggle and hard work of Martin Luther King against racism and racial segregation. In recent years, it is focused on all Americans giving their time as volunteers in citizen action groups on this memorable MLK day of service.

In the year 2023, January is the month when King’s birthday will be celebrated by honoring a federal holiday in America. It actually falls on the Third Monday of every January. According to the calendar, this year Martian Luther King Day is going to celebrate on the 16th of January. Hence, the date for the MLK holiday is changing every year. But the day and week are fixed that is Monday and the third week of January respectively. Moreover, Martin Luther King Jr Holiday week which is the 3rd week of 1st month of the new year is also named MLK weekend.

reminds the youth not to quit for achieving their goals and to work harder and harder to make their dreams a reality. Moreover, to get the desired results from their work. Martian Luther King Day reminds us every day of the strength of dedication, perseverance, and planning in our lives to get success. In addition, people can get their goals if they’ll follow the rules and strategies followed by the king during his life to get something worthy. Students and teachers get a lesson and they must always remind such lessons to have a track of success and great leadership qualities.

Every year, a specific theme is set for celebrating this special federal holiday in America. Keeping the tradition on fire, this year also has an amazing theme for King’s holiday celebration i.e. “Why we can’t wait”.

To celebrate this Monday date and civil rights day everyone must be mentally prepared. Because the day teaches us to maintain consistency in our work and struggles. So you must share some positive and inspiring words with your family and friends on this Martin Luther King Holiday, MLK weekend and 2023 MLK day. These words must be enough powerful to change someone’s life and insist he achieves his goals. This can be done by sharing some amazing Martin Luther King Jr Day Quotes, statuses, happy birthday motivational songs, Martin King’s images, and gifs on multiple social media platforms. But the most appreciative is to give your time as a volunteer.

Happy Martin Luther King Day 2023 is also called the MLK holiday, MLK federal holiday, Martin Luther King Jr Birthday, civil rights day, and blue monday 2023. The aim of the celebration is to make sure the availability of equal rights to all the citizens of America. January 16 holiday 2023 is all about honoring the King’s birthday. It is celebrated on the 3rd Monday of January every year. But there may be a different date but the week and day are fixed.  People love to wish a happy MLK holiday on social media in different exciting ways.

What is the date for MLK Holiday?

MLK holiday is perfectly a Federal holiday in the United States of America.

When is Civil Rights Day celebrated in 2023?

Civil rights day is going to be celebrated on the 16th of January in 2023. The day of its celebration and this holiday is Monday.

Who was Martin Luther King?

He was an American Baptist minister and activist. He was one of the most popular leaders in the Civil Rights from 1955-1986.

Why was Martin King Honored with a Holiday?

What are Surprising Facts about Luther King?

Martin Luther King day 2024 is going to be celebrated on the 15th of January, Monday.

happy martin luther king day is celebrated on third monday of January every year because of Martin Luther King Jr Birthday. And this year its going to be celebrated on 1/16/23 holiday.